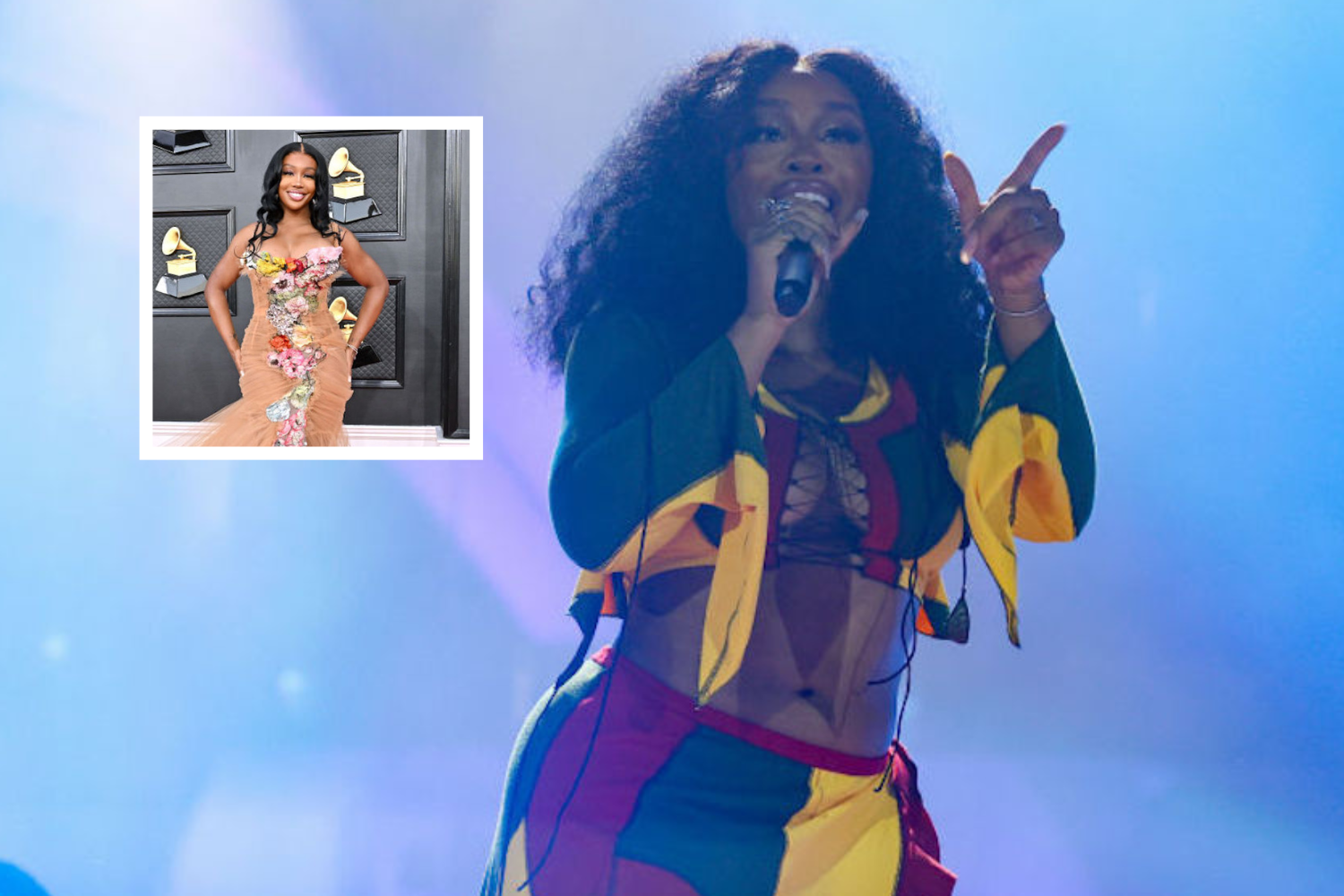 SZA is back with her highly anticipated second studio album S.O.S.

The singer, real name Solána Imani Rowe, announced the new project on November 30 and shared the album’s cover, which sees her sitting on the edge of a diving board in the middle of the ocean, reminiscent of the famous image of Princess Diana doing the same.

After her debut Ctrl was released in 2017, SZA fans have been desperate for the star’s follow-up, and with 23 tracks, the new album certainly does not disappoint.

As well as the famous names who have worked on the tracks, fans have recognised several samples peppered throughout the album.

Newsweek has everything you need to know about the various samples used on SZA’s new album S.O.S.

The opening track samples Masego’s “Navajo,” which many fans have noted has also been sampled by Drake.

The rapper, real name Aubrey Graham, featured the sample on “Champagne Poetry,” the intro on his own 2021 album Certified Lover Boy.

“S.O.S” also features lyrics from Beyoncé’s Dreamgirls hit “Listen” and, according to the album’s credit, contains a sample of “Until I Found The Lord” as performed by Gabriel Hardeman Delegation.

SZA, 33, samples herself on this track, mixing in lyrics from her 2020 song “Hit Different,” which features Ty Dolla $ign. “Hit Different” is not included on the album’s tracklist.

Fans on Twitter have also pointed out that “Love Language” appears to feature an interpolation of “I Don’t Wanna” by R&B legend Aaliyah.

Interpolation is when musicians use a melody, or portions of it, from a previously recorded song, but re-record the melody instead of sampling it.

Fans are convinced that there is another Beyoncé sample on S.O.S. as track “Snooze” appears to feature an interpolation of the Destiny’s Child star’s 2003 solo hit “Me, Myself and I.”

Smoking on My Ex Pack

According to the album credits, this track contains a sample of “Open Up Your Eyes” performed by Webster Lewis.

The late Ol’ Dirty Bastard is sampled on “Forgiveless,” which features lyrics from the late Wu-Tang Clan rapper’s 1995 track “Goin’ Down.” The song appeared on the Return to the 36 Chambers: The Dirty Version album.

“Forgiveness” also has a sample of Björk’s track “Hidden Place.” SZA first hinted that she could be working with the Icelandic star in December 2021 when she revealed to fans on Twitter that they had been texting.

The S.O.S album also includes fan-favorite tracks “Good Days” and “I Hate U,” both of which were released by SZA in the years between her two albums.

The singer marked her official return in October with the release of single “Shirt” and its video, which starred Atlanta and Get Out actor LaKeith Stanfield.

On December 3, SZA was the musical guest on Saturday Night Live, the same episode where Keke Palmer hosted and announced her pregnancy.

While on the show, SZA sang “Shirt” and debuted album track “Blind.”