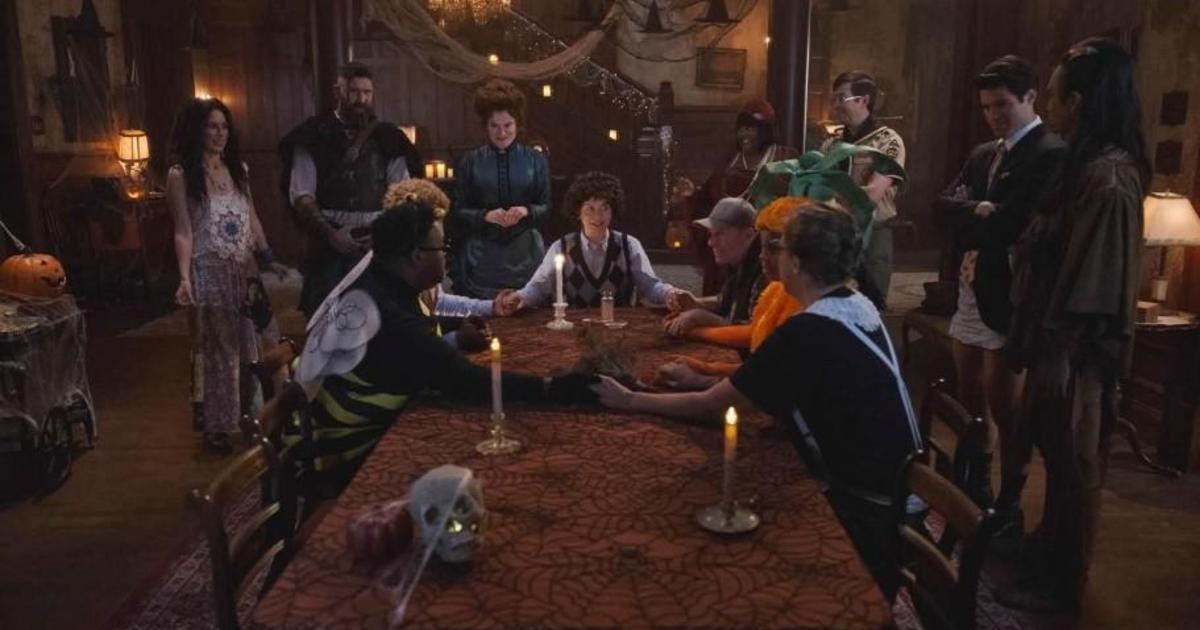 We’re just a week away from Halloween. Do you have your costume all figured out?

Well, if you don’t, the cast of CBS’ hit comedy “GHOSTS” have some suggestions, as well as a preview of this week’s Halloween themed episode…check it out in the video above.

“Halloween 2: The Ghost of Hetty’s Past” – A séance at Sam and Jay’s last-minute Halloween party conjures up a spirit from Hetty’s past. Also, Isaac worries Nigel will be turned off by his ghost power, on the CBS Original series “GHOSTS,” Thursday, Oct. 27 (8:31-9:01 PM, ET/PT) on the CBS Television Network, and available to stream live and on demand on Paramount+*.