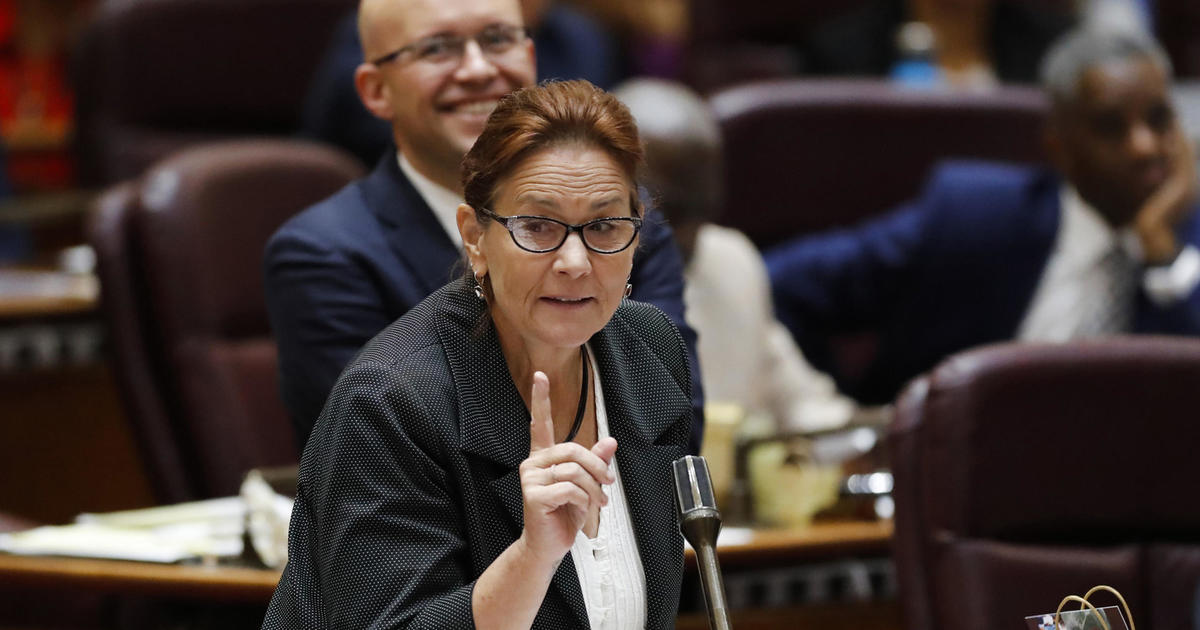 CHICAGO (CBS) — The first member of the Chicago Teachers Union ever elected to the City Council, Ald. Susan Sadlowski Garza (10th) announced Monday she won’t be running for a third term in office.

“It has been my greatest honor to serve my constituents, friends and neighbors on the southeast side. I am proud and humbled by the responsibility and the trust that has been placed upon me to create positive and long lasting social change within our communities,” Garza wrote in a Facebook post.

Garza, whose ward includes the Hegewisch, South Deering, and East Side neighborhoods, has represented the 10th Ward since 2015, when she defeated four-term incumbent John Pope.

Among her accomplishments while in office, Garza touted millions of dollars in new sidewalks to help bring together previously disconnected communities in the 10th Ward; improvements to Big Marsh Park, including an off-road bike park; and passage of the Fair Workweek Ordinance, which requires many large businesses in Chicago to provide their workers with two weeks’ notice of their schedules, in an effort to guarantee employees a predictable schedule.

“I am proud of all the work we have done and all the projects we have accomplished during the 8 years I’ve been Alderwoman. During the next 9 months I will continue to work diligently on projects and issues that are put before me. There is more work to be done and more projects that are currently underway, and I know that when my term ends next May the 10th Ward will continue to advance,” she wrote. “The 10th Ward will always hold a special place in my heart. Thank you for giving me the opportunity of a lifetime.”

In a statement on Twitter, Mayor Lori Lightfoot praised Garza as “a relentless champion for working families in her own Southeast Side community and our city as a whole.

“As Workforce Committee Chair, she was a steadfast partner as we passed the $15 minimum wage increase, fair workweek ordinance, and new laws protecting workers across industries from hotels to airports. Together, we’ve made Chicago a leader for policies that support and protect working men and women,” Lightfoot wrote. “Sue’s advocacy in City Council will be missed but I am confident we will continue to hear from her and see her on the front lines fighting for social justice for years to come.”

Garza joins at least a dozen colleagues on City Council who have either stepped down mid-term since being elected in 2019, or announced they won’t run again in 2023.

Ald. George Cardenas (12th) likely will exit before the end of the year if, as expected, he is elected to serve on the Cook County Board of Review.

Four other current city council members ran for other elected offices in 2022, but were defeated in the June primary elections, meaning they will stay in their seats on the City Council for now: Ald. Howard Brookins (21st) and Ald. Chris Taliaferro (29th) both ran for seats as a Cook County judge, and Ald. Pat Dowell (3rd) and Ald. Gilbert Villegas (36th) both ran for Congress.