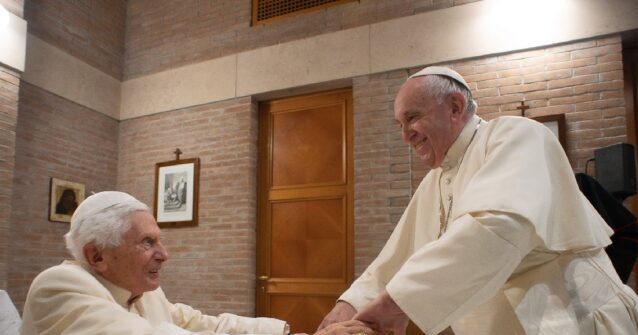 The Vatican said a Mass Friday afternoon at the Basilica of St. John Lateran, would be dedicated to Benedict XVI and his health. Cardinal Angelo De Donatis, Vicar of the Diocese of Rome, will preside over the celebration.

Bruni said on Thursday that while Benedict’s condition remains serious, he “is absolutely lucid and alert.” The Vatican said Friday that he is under constant bedside supervision.

Pope Francis asked encouraged prayers for Benedict, 95, the former Joseph Ratzinger, on Wednesday. Ratzinger resigned as pope in 2013 becoming the first pope to retire before death in 600 years.