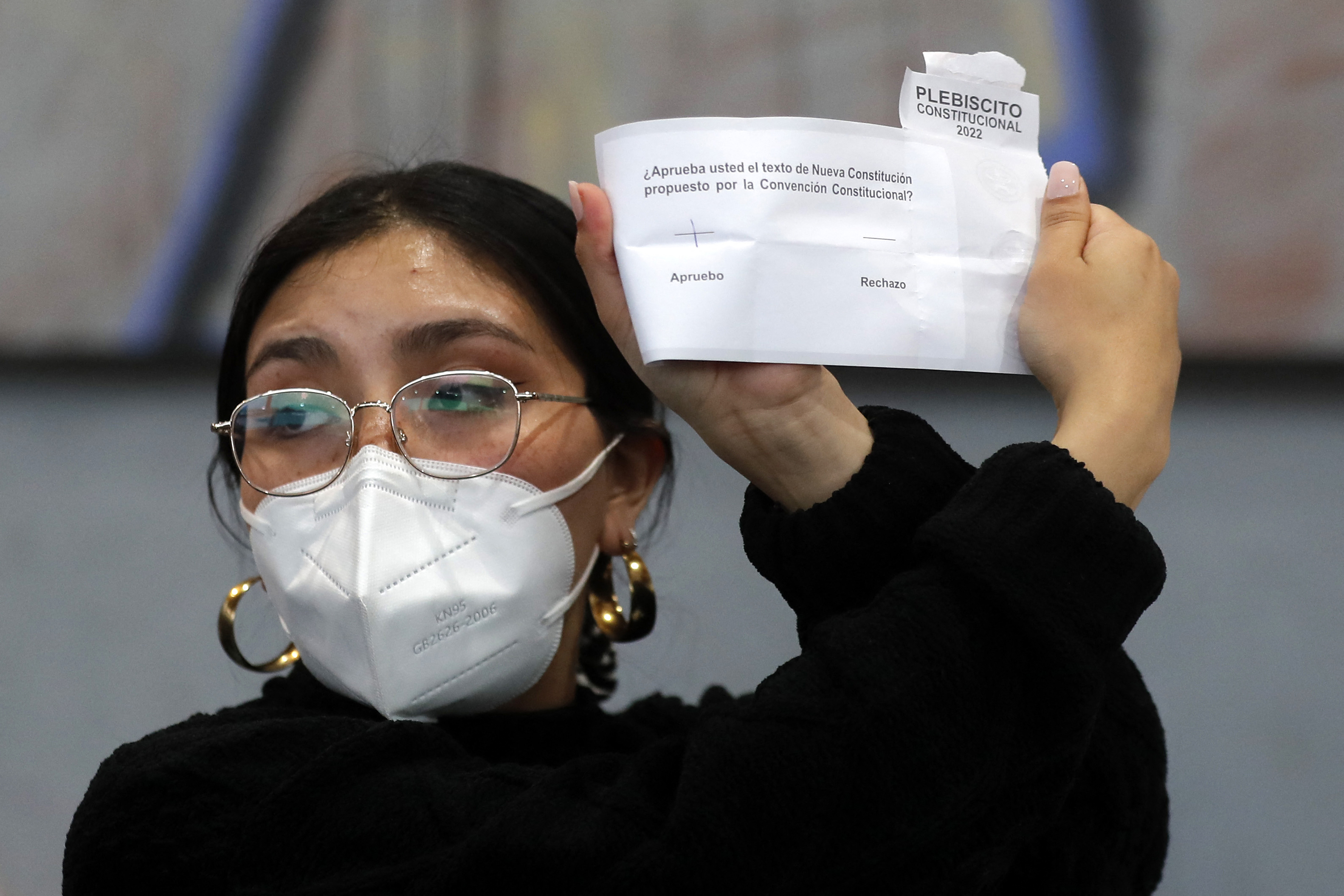 Chilean voters have rejected a new constitution that would have legalized abortion as well as made other progressive changes in the country’s laws.

As of Sunday evening, with 96 percent of the vote counted, nearly 62 percent voted to reject the proposed constitution, according to the Associated Press. The constitution consisted of 388 articles, which would enshrine many progressive ideals, including universal health care, gender parity among members of the government and increased environmental regulations.

However, one element of the proposed constitution drew international attention: the national legalization of abortion. The constituent assembly voted March 16 to include abortion rights in their draft of the new constitution the week following a massive women’s march in Santiago, according to Reuters.

Currently, abortion is legal in Chile only when the mother’s life is at risk, if the fetus would not survive the pregnancy or during the first 12 weeks if the fetus is the product of rape. These exceptions were made in 2017; before that year, there were no exceptions to the abortion ban in the country.

Though the provision had been added to the new constitution, a bill to expand abortion access in the country did not pass Chile’s Congress in November 2021, according to Reuters.

Abortion is not popular among Chilean citizens. An August 2021 poll by the South American market research firm Cadem found that while support for a proposed law that would decriminalize abortion in the first 14 weeks of pregnancy was growing, only 46 percent supported the law. In contrast, 52 percent were against the proposal and 2 percent didn’t know. The poll showed that the bill was most popular with people between 18 and 34, who were 57 percent in favor.

The new constitution would have replaced a 41-year-old charter put in place by General Augusto Pinochet, the Chilean dictator who ruled the country until stepping down in 1990. Pinochet’s 1980 constitution was drafted by a constitutional commission whose members had been chosen by Pinochet with no input from his political opponents, with experts saying that his constitution favored the right-wing.

Though polls had predicted the rejection of the new constitution, it is currently unclear what happens next. Boric has recommended Chileans elect a new assembly to make a new proposal, according to The New York Times,however, it is possible that conservative politicians will attempt to rewrite the constitution via Congress.

In addition to enshrining abortion rights, the new constitution would have allowed the country’s Indigenous population to establish autonomous territories. The document would have also increased regulations on mining as part of its focus on the environment. It also would have adjusted the country’s political structure, getting rid of the country’s Senate in favor of stronger local governments.