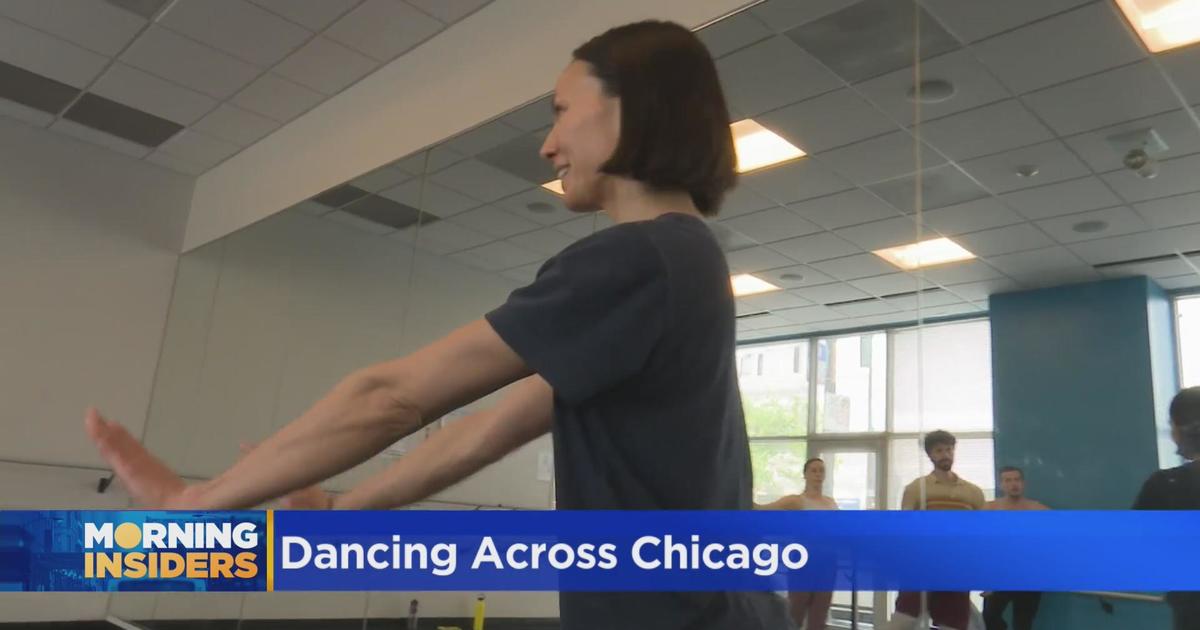 Morning Insider Lauren Victory takes us inside a company that began tackling both problems in the middle of COVID chaos. The goal now: bring art back to – and straight to –  an audience.

Choreographer Robyn Mineko Williams was creating on the spot when CBS 2 visited rehearsal in a South Loop studio. She was testing out moves that might make it on stage in a few weeks at the show “UNTOLD,” presented by PARA.MAR Dance Theatre.

The company was born while COVID-19 was raging. It was a time when many dancers and their careers were sidelined.

“I was just stuck at home, and I thought, you know, ‘What are you gonna do when things are dying?’ Like, ‘present an opportunity, even if it’s going to be really difficult,'” said Stephanie Martinez, who founded PARA.MAR in 2020.

It was difficult. PARA.MAR’s first show, “Kiss,” was in a parking lot in Avondale. Martinez had to get creative with social distancing – and her budget.

“There was design elements involved, and just things I had never done before that I always had a crew to do for me,” said Martinez.

Performers wore masks, and practiced most of their parts for “Kiss” over Zoom. They’re happy that chapter’s behind them. The company’s next challenge: staying afloat while bringing their beauty to low-income areas.

Accessibility is a huge part of PARA.MAR’s mission. The upcoming show will happen at a warehouse in East Garfield Park, so people who live in the community won’t have to shell out to travel downtown to a theater.

“Some people may have $5 to give, some people might have $25 to give, some people have given $100,” said Adrianna Desier Durantt, PARA.MAR’s Executive Director, explaining the other accessibility element: a pay-what-you can model for tickets. It keeps costs low for those who need it while also bringing in money to cover the price of production which will add up to tens of thousands of dollars.

“The scenery, the lighting, the catering, the licensing – all of those things come at a pretty high cost, so any little bit helps,” said Desier Durantt.

Donations are also encouraged outside of live shows. The funds help the burgeoning non-profit fuel free movement classes like one they offered in Rogers Park in recent months, and will offer again after the UNTOLD performances.

“We’re a tiny, tiny, team; and we’re producing one bit at a time; and we’d love to stick around,” said Desier Durantt.

Making an impact across Chicago, step-by-step, you can catch PARA.MAR’s show on May 26 and 27. The next free dance workshop follows those performances on the May 28 at the Garfield Park Conservatory. It is open to all ages and abilities.

Lauren Victory is a Morning Insider reporter for CBS2 Chicago. Lauren joined the station in May 2016 and is a graduate of the Medill School of Journalism at Northwestern University.