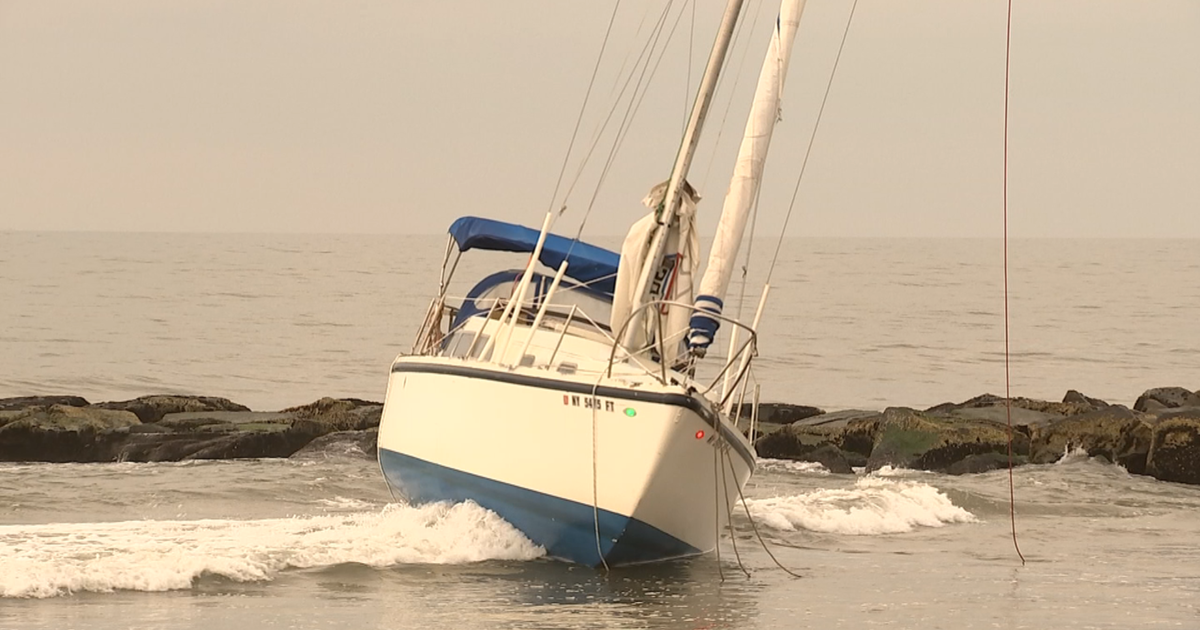 OCEAN CITY, N.J. (CBS) — Monday is Labor Day and many people are expected to head down to the shore with family and friends to enjoy the unofficial end of summer. But some in Ocean City saw something unexpected when a boat washed ashore early Monday morning.

In Ocean City, New Jersey, many arrived early at the beach on Monday morning, hoping to enjoy one of the last sunrises of the summer.

But for the captain of a boat, the holiday did not bring smooth sailing. The 30-footer got stuck in the sand after washing ashore near 9th Street Beach shortly after 4 a.m.

Eyewitness News spoke with the captain off camera. He says he was making the trip from New York to the Chesapeake Bay when the boat’s autopilot system failed, causing it to crash into a jetty and wash ashore in Ocean City.

Diane Viehweg says she walks this beach every morning and she’s never seen anything like it.

“I’m walking along and I’m thinking, ‘That can’t be. That can’t be a boat. That’s impossible,'” Viehweg said. “I got my phone out because I wanted to prove it to my daughter. She’d never believe me. And it’s like a shock. I’ve never seen a boat beached in Ocean City before. “

The beached boat drew quite a crowd including Steven Ma who couldn’t help but feel bad for the captain.

“Luckily, his wife is not here,” Ma said. “That’s what I said. I saw the guy up here talking so it probably sucks. I’m just glad he’s alive, he’s OK.”

As the tide continued to move out Monday morning, the boat became even more stuck leaving the crowd wondering how and when it will be freed.

“I don’t know how he’s going to get it off,” Viehweg said. “It is a nightmare because it can’t come up high enough to float it. I know where the tide ends. I don’t know what he’s going to do. He’ll have to get some kind of salvage ship to pull him out.”

Ninth Street Beach was closed to bathers on Monday morning and will remain so until the boat can be towed away.

Ross DiMattei comes to Philadelphia from KTNV-TV in Las Vegas, where he anchored and reported for more than two years. He is most proud of his interview with then-presidential candidate Joe Biden, extensive reporting on Las Vegas’ economic recovery from COVID-19, and breaking news coverage of George Floyd protests in Las Vegas, for which he won a regional Emmy Award.