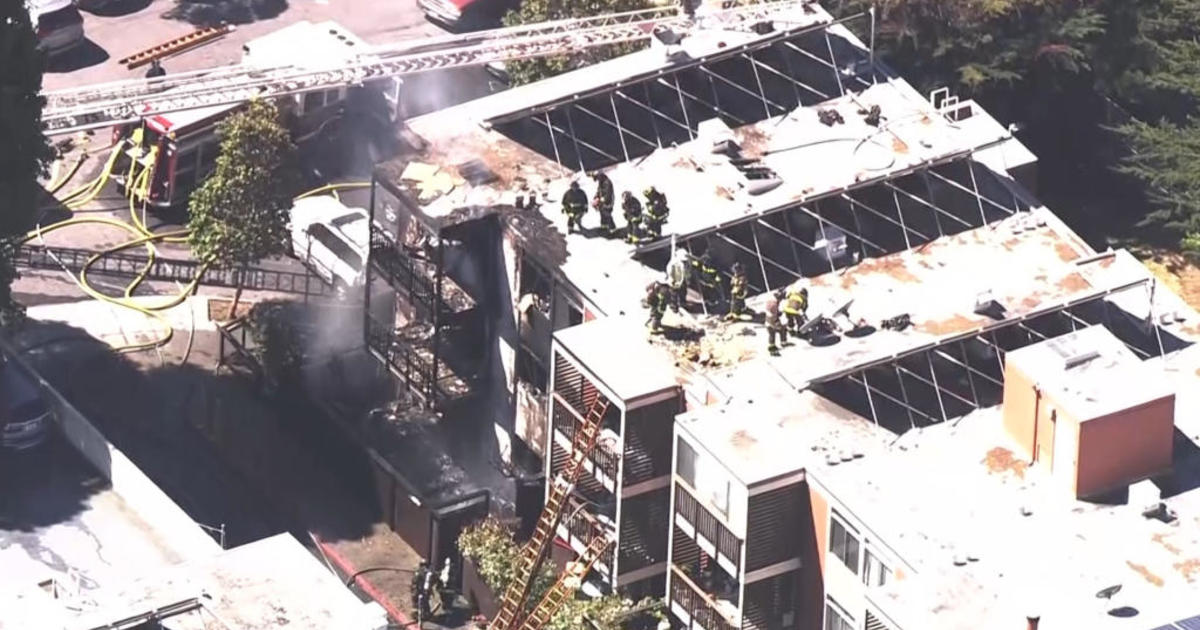 Just before 10:30 a.m., the San Francisco Fire Department Public Information Officer Twitter account posted several photos of smoke rising from what was confirmed by authorities to be an apartment complex at 1355 Ellis Street in the Western Addition.

Approximately 65 firefighters from multiple area stations are on scene.

San Francisco Fire initially said that a total of four people were rescued with injuries from the fire. One person sustained critical injuries, while two suffered moderate injuries and one person had minor injuries. Fire officials later provided an update saying that a total of five adults were rescued, with two in critical condition and two in serious condition besides the one person who suffered minor injuries.

The fire was still burning actively on the second and third floors of the building as of 10:49 a.m. The fire did not extend to neighboring structures.

The address of the building was later corrected to 10 Inca Lane by fire officials. The fire was contained as of 11:37 a.m.

Postel also offered some clarification on the number of people injured. A total of seven people were hurt, with one critically injured victim — an elderly woman. The rest suffered moderate to severe injuries, Postel said.

An SFFD tweet later said that 18 people were displaced by the fire and are receiving assistance from the Red Cross.

People are being asked to avoid the area as SFFD work to extinguish the fire.

This is a breaking news story. More information will be posted as it is made available.