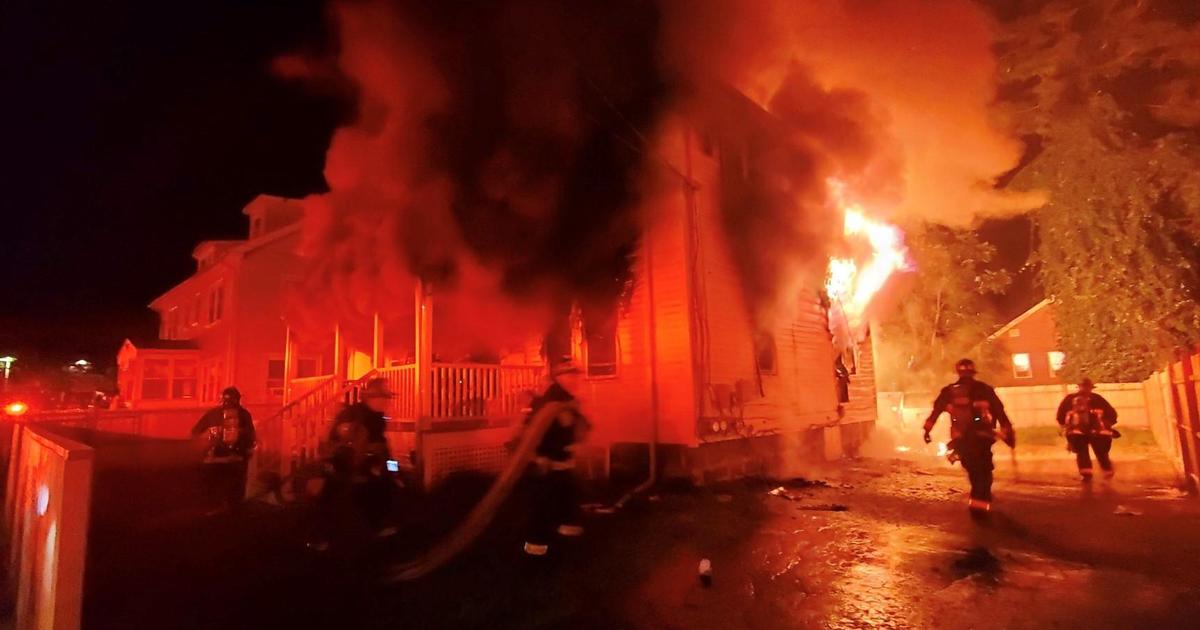 BOSTON – Five adults and four kids were able to escape a fire that tore through their two-story Roslindale home early Saturday morning.

The fire took place on Delford Street. According to the Boston Fire Department, there’s $1 million worth of damage inside.

Following the fire that broke out around midnight, a mom and two kids made it out safely thanks to their neighbor, who used a mattress he had to catch them out of the second-story window they were trapped in.

“When I saw the fire in this house and the people inside, [they couldn’t] come out because the fire. They were trapped. They were trapped,” said Clijfod Saint Jean, the neighbor who helped save them. “I take the mattress and I put it down there, and I dropped the mattress. And I’m down there saying, ‘Come on!’ And the kids come in first, then the moms after that.”

The mother of the two kids said they lived at the home for 18 years. Their cat was also injured in the fire and has been taken to a nearby animal hospital. The cat is being treated for smoke inhalation and they’re hoping for the best.

Brian Alkins, Public Information Officer for the Boston Fire Department, said after 30 minutes, firefighters were able to put out the flames.

“After searching the building, they found every occupant was out safely,” Alkins said.

Two firefighters were transported from the scene with minor injuries.

“Firefighters are doing well. They were minor injuries. They should be released shortly,” Alkins said.

He added that he was grateful for the neighbor who stepped in to help.

The Boston Fire Department is still investigating the cause of the fire. The Red Cross is helping the residents who were displaced.

WBZ SPOKE TO HIM SHORTLY AFTER FIRE CREWS LEFT THE SCENE, HE SAID HE REMEMBERED HE HAD AN OLD MATTRESS IN THE BACK, HE PUT IT DOWN ON THE GROUND TELLING THE FAMILY TO JUMP FROM THE SECOND FLOOR …