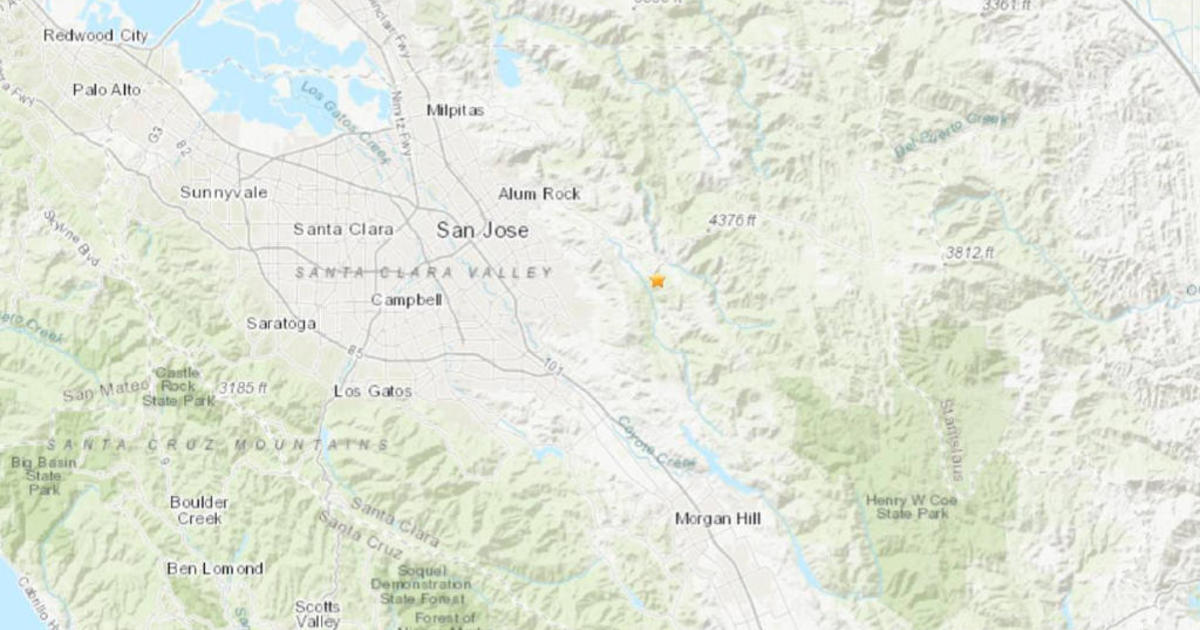 According to the U.S. Geological Survey, the initial temblor struck at 11:42 a.m. with an epicenter near Mt. Hamilton with a second jolt at 11:46 a.m.

The quake was felt across the Bay Area. There were no immediate reports of damage or injuries.

Mama Double-U took to Twitter posting: “The dog and I are still under the kitchen table. Very strong in San Jose.”

Meanwhile, Paula Ellis felt it in Monterey and Bev Thompson posted it was a sharp jolt in Santa Clara.

This is a breaking news update. More information to be added as available.