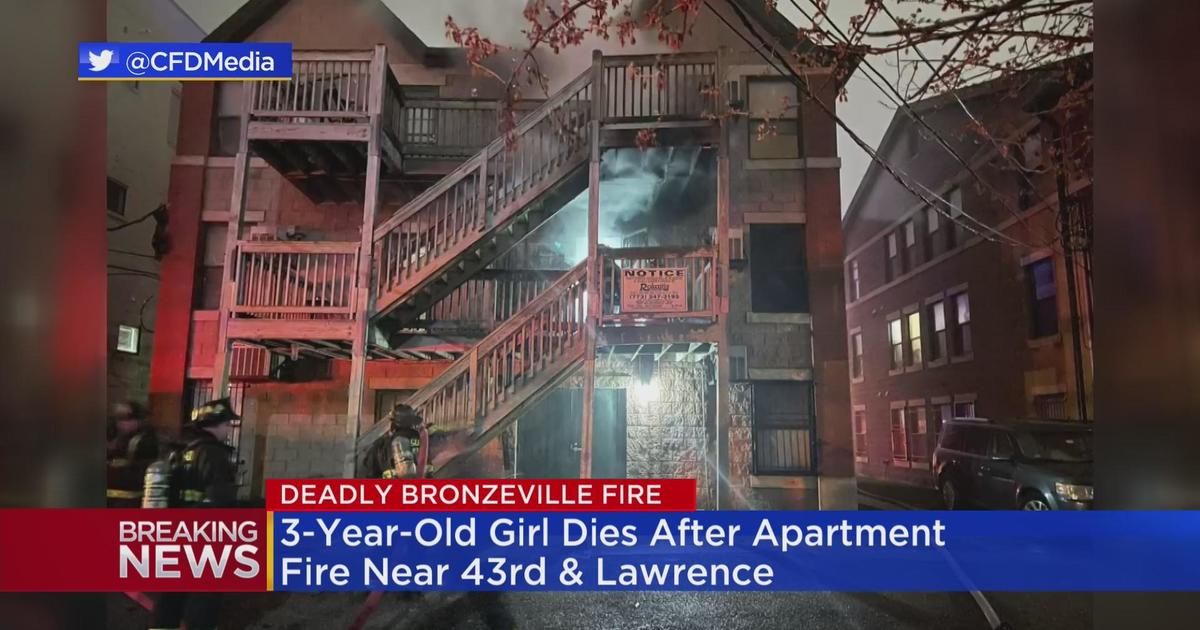 CHICAGO (CBS) – A 3-year-old girl is dead after suffering smoke inhalation and burns in an apartment fire in the Bronzeville neighborhood early Saturday morning.

The fire broke out in the rear of a three-story apartment located at 606 E. 43rd St.

The girl was trapped on the second floor and was rescued by firefighters, according to fire officials.

The girl was taken to Comer Children’s Hospital in critical condition but was later pronounced dead.

The cause of the fire is under investigation.