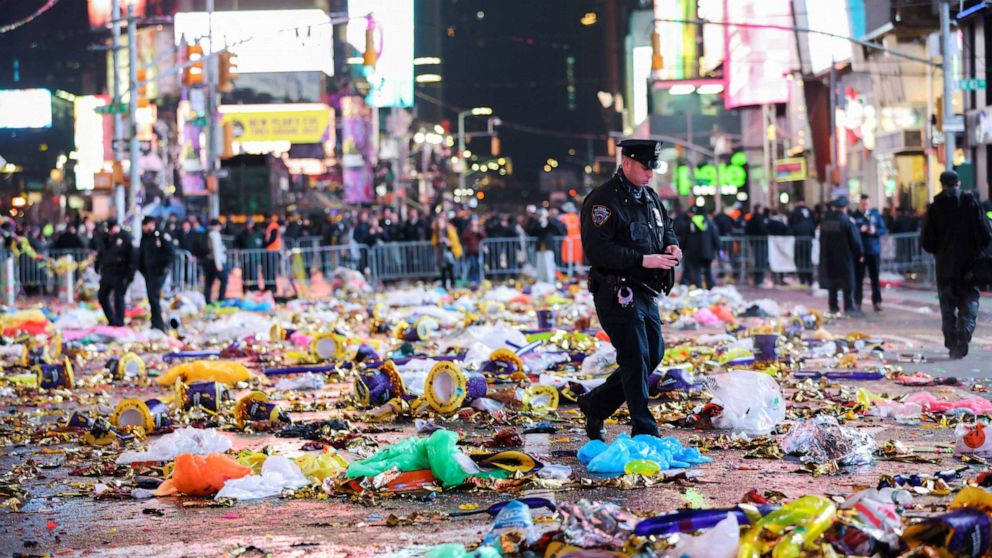 Three NYPD officers were injured in an “unprovoked” attack with a long blade near Times Square on New Year’s Eve, city officials said.

The incident occurred just after 10 p.m. on Saturday near 52nd Street and 8th Avenue, outside the secure area that had been set up for New Year’s Eve celebrations, Police Commissioner Keechant Sewell told reporters at a new conference.

“Unprovoked, a 19-year-old male approached an officer and attempted to strike him over the head with a machete,” Sewell said. “The male then struck two additional officers in the head with the machete.”

One of the officers fired their weapon, striking the suspect in the shoulder, Sewell said. The suspect was taken into custody, she said.

The three officers were taken to Bellevue Hospital, Sewell said.

“We are really pleased by the response and how our officers handled this situation,” Mayor Eric Adams said. “All three of the officers are in stable conditions and there are no critical threats to New Yorkers at this time.”

One of the officers involved in the incident had graduated from the police academy on Friday, Sewell said.

This is a developing story. Check back for updates.