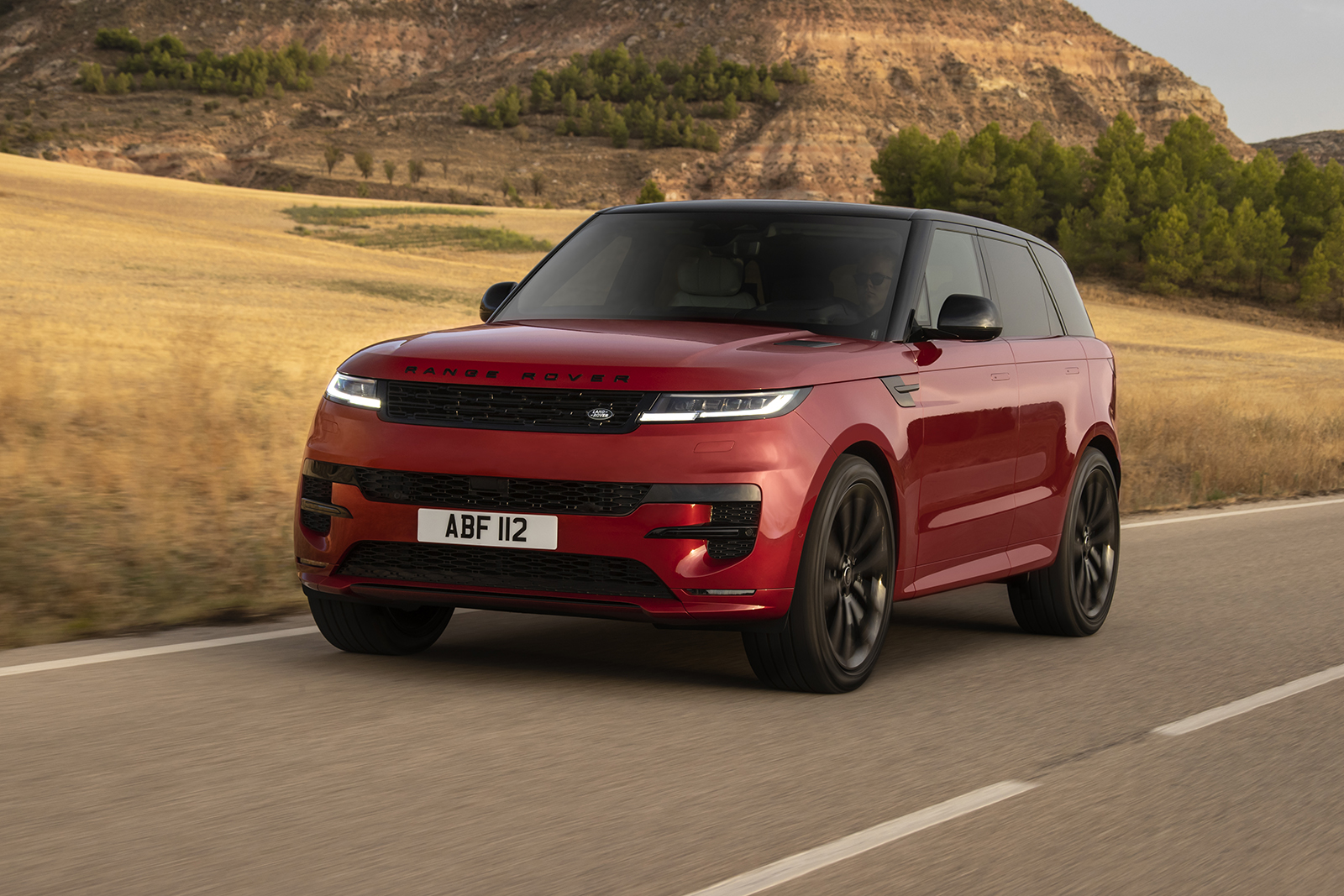 When Land Rover revealed the redesign of the Range Rover Sport midsize SUV, the automaker’s focus was on design enhancements. Now, with test drives underway and deliveries slated to begin shortly, the focus shifts to the way it drives.

Time spent with a bevy of 2023 Range Rover Sport variants over two days proved that Land Rover remains conspicuously good at hitting the nail right on the head for its stylish but off-road tough image, in all the ways that matter.

That Electric Hybrid moniker is the company’s branded designation for their plug-in hybrid electric vehicles (PHEVs).

On- and off-road, through Madrid’s city center, winding around olive groves south of the city, across the farm lands north of town, and the highways in between, the 2023 Land Rover Range Rover Sport proved itself worthy of its badge and price tag time and time again.

The First Edition model is the Range Rover Sport to the max. It delivers on power, performance, and image.

While the SUV benefits from Land Rover Chief Creative Officer Gerry McGovern’s hand in its restrained yet elegant design, the choice to have this model wear 23-inch alloy wheels, a black contrast roof, privacy glass and black calipers, helps set it apart from the flock with a bold and unapologetic appearance.

The engine is not restrained by the weight of the model, offering its full trust to the driver, with a smoothly elegant pull that is countered by the raucous noise coming from its posterior. The combination works with aplomb.

Land Rover has outdone itself with the seats in the First Edition. The semi-aniline leather upholstery wraps around cushion that is reminiscent of a Lincoln Town Car in only the best ways. All day in the seat is a welcome affair thanks to the cushiness of the 22-way power-adjustable front seats with massage, heating and ventilation functionality.

Adaptive cruise control with steering assist comes standard on the model, but it tends to move the SUV toward the lane line closest to the passenger rather than holding directly the center of the lane. This is true on every Range Rover Sport model tested, not just the First Edition.

Like every Land Rover, the First Edition comes properly equipped with a number of drive modes to make traversing tough terrain a breeze. The model’s dynamic air suspension, all-wheel steering and electronic active differential made steep ascends and descends, driving through the silt of a dried reservoir bed, and tipping off the edge of a pathway onto the next trail easy on the heart and mind.

That same equipment doesn’t hold back the model when it’s put through its paces with a but of aggressive driving on the pavement. Compared to the last-generation Range Rover Sport, the new model impressively keeps its composure.

A cruise down the road delivers a serene experience with the SUV allowing very little noise from the road or wind to permeate the cabin. The suspension soaks up the road’s imperfections, even when on a bit of gravel or packed dirt.

At $121,000 USD, the price tag on the First Edition is hefty, but for those with the cash, the package is worth the spend. And that Firenze Red paint job is perfection.

When it comes to compromises, the Range Rover Sport P400 hits right where it needs to for the average customer. It keeps some of the key features of the First Edition, including LED daytime running lights, privacy glass, 13.1-inch infotainment screen, wireless Apple CarPlay and Android Auto, adaptive cruise control with steering assist, and dynamic air suspension.

Buyers get 21-inch alloy wheels instead of 23s, two-zone climate control instead of four, front seats that are only adjustable 20 ways and don’t have ventilation capability, and perforated Windsor leather rather than semi-aniline.

Power is a bit of a compromise too. The turbocharged 3.0-liter six-cylinder mid-hybrid engine puts out 395 horsepower and 406 pound-feet of torque. While the power drop is noticeable and there’s far less noise out the tailpipe, the I6 engine is capable of satisfying nearly every buyer’s needs.

The car’s cabin remains finely appointed in the P400 SE Dynamic trim level and SUV is just as off-road capable.

Given the price of the First Edition, and the extra bit of savings the mild-hybrid powertrain will give you, the model’s $90,000 cost seems like a deal.