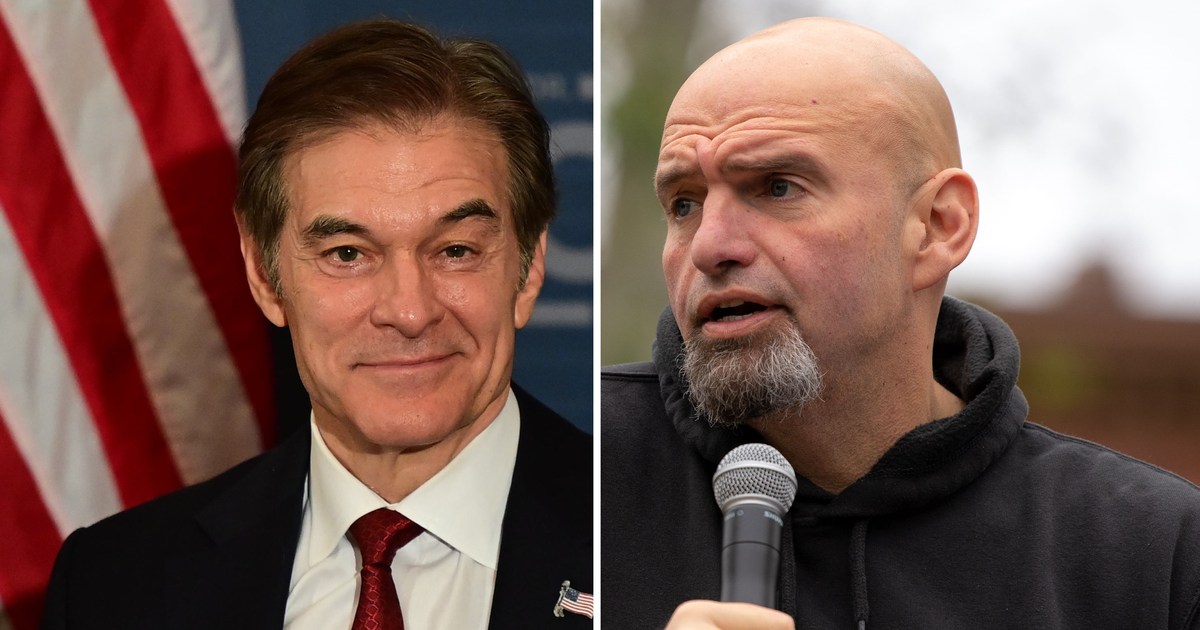 The party bases are consolidating around their candidates in the Pennsylvania Senate race, now a toss-up contest with Lt. Gov. John Fetterman ahead by two points heading into their debate Tuesday night. He led by five points a month ago.

To the extent there is attitudinal change, it’s partly driven by more Republicans “coming home” toward Dr. Mehmet Oz: the percentage of Republicans saying they’d vote for their nominee is up to 94% from 87% last month.

In Tuesday night’s debate, the economy, gas prices, crime and abortion are among top issues people want to hear about — and most don’t think it is important to hear about Fetterman’s health or Oz’s residency.

Last month, voters said a debate was somewhat important — especially Republicans — and today voters are somewhat likely to watch it. Thirty percent of voters overall say they’re very likely to tune in. (Perhaps this will rise even higher once Pennsylvanians, at least in the Philadelphia area, remember that the World Series doesn’t start until Friday.) And they want to hear about the economy, police and crime, gas prices and abortion.

The prospective electorate has become more partisan than last month’s — that is, the set of likely voters is more dominated by those affiliating with either Republicans or Democrats — including those who say they will definitely vote or have already voted. Over nine in 10 of each candidate’s backers say they would not consider voting the other way.

That’s consistent with a turnout-driven campaign in which few voters switch sides, and there are fewer self-identified independent likely voters left. The ones that are in the mix are more for Fetterman. Meanwhile some voters, mostly Democrats, have reported casting ballots by mail already, which is reflected in the topline estimate.

This month a slightly smaller majority say Fetterman is healthy enough to serve, driven by Republicans who say “no” in greater numbers now — only a quarter of Republicans say he is — once again suggesting the campaign themes are working with the party bases, but not as much beyond them.

The economy and inflation remain top concerns by wide margins. Crime is essentially unchanged in relative importance from last month. (It’s a mere two points up and remains below the economy and inflation, all of which also show incremental upticks.) However, that issue appears to be giving cover to partisans and may be helping Oz with the GOP base. As Republicans run ads about Fetterman’s approach to crime and criminal justice, it’s Republicans and Oz voters who are most apt to say the topic carries more importance. For Democrats and independents, the topic matters comparably less.

Likewise, with ads run by Democrats regarding Oz’s views on abortion, it’s Democrats who are most apt to say that issue is important. It tops the importance list for Democrats, and Fetterman keeps a large lead among voters saying abortion is very important.

This CBS News/YouGov Battleground Tracker survey was conducted with a statewide representative sample of 1,084 registered voters in Pennsylvania interviewed between October 21-24, 2022. The sample was weighted according to gender, age, race, education and geographic region based on the U.S. Census Current Population Survey, as well as to 2020 presidential vote. The margin of error is ±4.1 points.

Anthony Salvanto, Ph.D., is CBS News’ director of elections and surveys. He oversees all polling across the nation, states and congressional races, and heads the CBS News Decision Desk that estimates outcomes on election nights. He is the author of “Where Did You Get This Number: A Pollster’s Guide to Making Sense of the World,” from Simon & Schuster (a division of ViacomCBS), and appears regularly across all CBS News platforms. His scholarly research and writings cover topics on polling methodology, voting behavior, and sampling techniques.