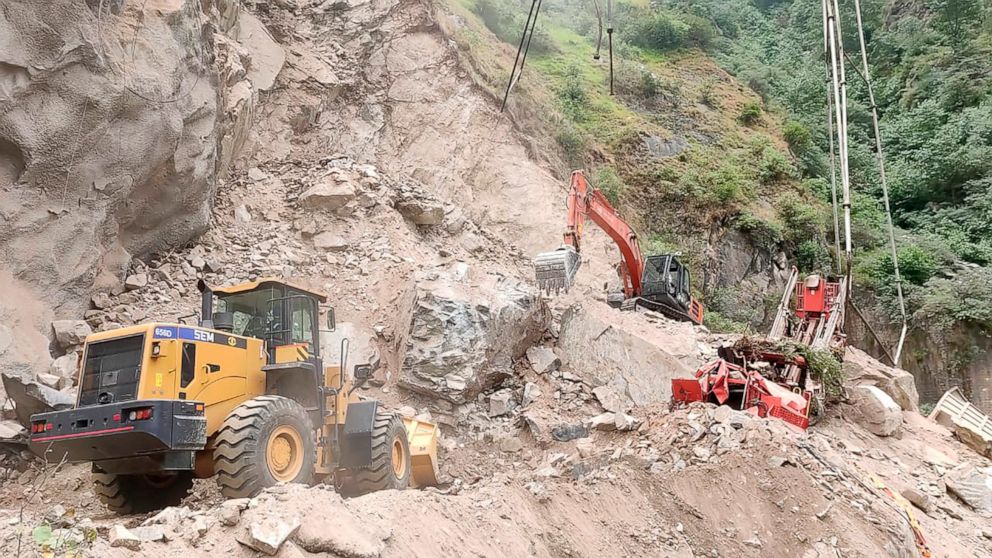 SRINAGAR, India — Rescuers have found the body of one worker in Indian-controlled Kashmir after part of a tunnel collapsed in the Himalayan region and are continuing to search for nine others who are trapped, officials said Friday.

The tunnel is part of a mountainous highway tunnel system that was under construction when it collapsed Thursday night in the southern Ramban district.

Ramban’s top civil official Mussarat Islam said the body of a worker from the eastern state of West Bengal was recovered. He said various crews were working to rescue the nine workers who are still missing.

“We hope that we find somebody alive,” Islam said.

Emergency workers were using earthmovers to clear the wreckage and rescue the trapped workers.

Earlier, three workers trapped at the entrance of the tunnel were rescued and were being treated at a hospital, said Aamir Ali, an official at the government’s disaster management department.

The section that collapsed was an approach tunnel used for ventilation and moving supplies and equipment to the main, under-construction tunnel, Ali said.

The tunnel is part of a vast network of bridges and tunnels on the strategic highway that connects two key cities of Srinagar and Jammu in the region.

“We have been here since morning. One doesn’t know what could be the fate of the trapped persons as they are buried under the mountain,” said Nazir Ahmed, whose nephew and a neighbor are trapped. “It is all in the hands of the Almighty now.”