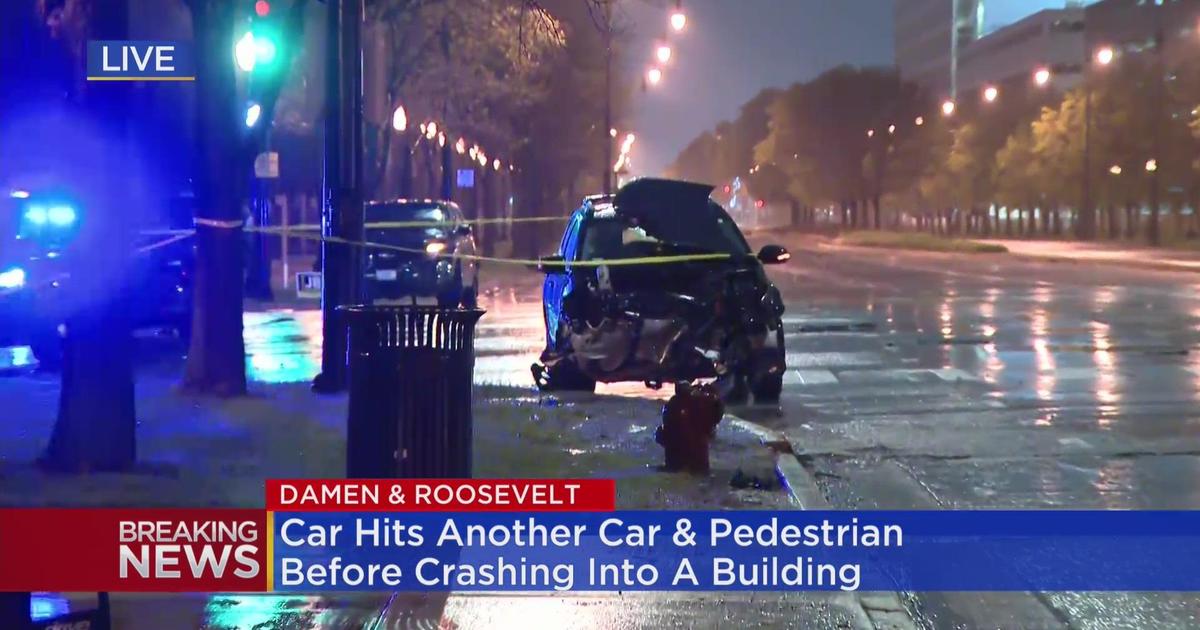 CHICAGO (CBS)– A car hit a building after a crash on the city’s West Side.

Chicago police said a car hit another car and then a pedestrian on the road, before crashing into a building in the 1200 block of South Damen Avenue.

According to police, the person who hit was pronounced dead on the scene.

Citations are pending of the driver.